Jonathan Gold received his MBA from Fordham University in 1987 and his PhD from Walden University in 1996 with a dissertation on “Quality Management Systems in Summer Camping.” He 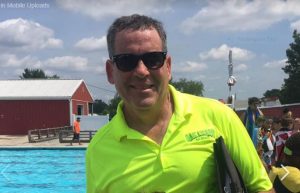 has over 44 years of experience in organized camping, beginning in 1969 as a camper at Camp Becket in the Berkshires. He rose through the ranks as a camper and counselor there. Jonathan has been the owner/director of Oak Crest since 2002. A nationally recognized speaker and writer, he has become an authority on Quality Management in camping, speaking frequently at both the local and national level to both for-profit and not-for-profit camps. In 2008 he was featured on the Fox Business Network in an interview about how parents should go about finding a quality camp for their children. From 2005 to 2007 Jonathan served as the Program Director of the Tri State Camp Conference, the largest gathering of summer camps in the world. In addition to running Oak Crest, he has worked at or been director for 5 other summer camps, each one adding a unique dimension to his current leadership and management style. Jonathan also served as a tenured professor of management at Caldwell College from 1990 to 2000, where he taught graduate and undergraduate courses in management and marketing. Jonathan is also the President of NJ Camps Association, Chairman of the Camp Owners and Directors National Conference and founder of the Operation Blue Skies Program which helps the children of Police Officer Families in need.

For as long as I can remember (literally), camp has been home to me. My father was the Owner/Director of Pine Brook Day Camp in Rockland County, New York and I spent over 10 years as a camper, beginning when I was three years old. Prior to returning to Pine Brook as a staff member, I spent six amazing summers at Kennybrook, a residential camp in Upstate New York. As a camper and counselor, I loved all aspects of camp life, from swimming and sports activities to crafts and performing arts. One of my greatest thrills was being chosen to be a Color War General! 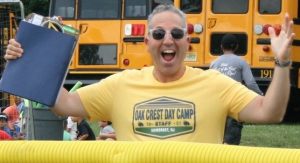 I enjoy skateboarding, snowboarding, stand up paddle boarding, volleyball and camping, in addition to making sure I have tons of time at the end of the day for my wife, Deborah and our two sons, Ethan and Adam.

Between my younger camp days and my arrival at Oak Crest Day Camp, I was the Director of Professional Development at the American Camp Association, New York and New Jersey (ACA). I was responsible for conferences and developing new educational initiatives for Camp Directors and their staff. This included the Tri-State Camp Conference, the largest annual gathering of camp professionals in the world. Along with my work at the ACA, I spent seven summers as Director of KenMont and KenWood Camps, a large residential summer camp located in Connecticut.

Amy has been a cornerstone at Oak Crest for the past 20 years. Amy has worked as a Counselor, Specialist, Office manager, Assistant Director, Director and Associate Director. If anyone knows Oak Crest and has a passion for the camp, it’s Amy Schulman. Amy also directed Oak Crest Country Day School and holds a degree from Nassau College in Long Island. Amy currently serves as the camp office manager and coordinator, as well as overseeing all camp communication and registration. For most of Oak Crest both staff and campers alike, Amy functions as a bottomless source of camp information as well as a strong and loyal friend and camp mother. Both of Amy’s children grew up and worked at Oak Crest and Amy considers all the children who have attended Oak Crest for a summer as part of her family. Amy is the glue that holds camp together and the warm personality that brightens everyone’s day!

Brian has been in organized camping for over 25 years. He is currently a public school music teacher and has been the driving force behind the Oak Crest Camp Program for the past 10 years. Brian is known for his wildly creative special events and for making camp a truly spontaneous and magical place for children. Whether through the morning “Wordle” (word riddle), the campwide special events, or the amazing skits and antics at every assembly, Brian’s well of creative energy and ideas never runs dry. Brian has worked with Jonathan at 5 different camps including Becket in the Berkshires, Camp Discovery, Pine Forest, Meadowbrook Day Camp and Camp Good Time in California for children with cancer. Brian and the program staff truly help create all the success opportunities at camp through the active management of the daily camp program.